In just a few days, the FIFA World Cup 2022   will take place in Qatar. Besides the competition between the world’s No. 1 teams, one of the most interesting things is the appearance of two stars, Messi and Ronaldo, two brightest stars in world football for nearly 20 years. And also for the reason that their rivalry will most likely be the last time we see the mark of both Ronaldo and Messi in the mecca of world football, the World Cup. 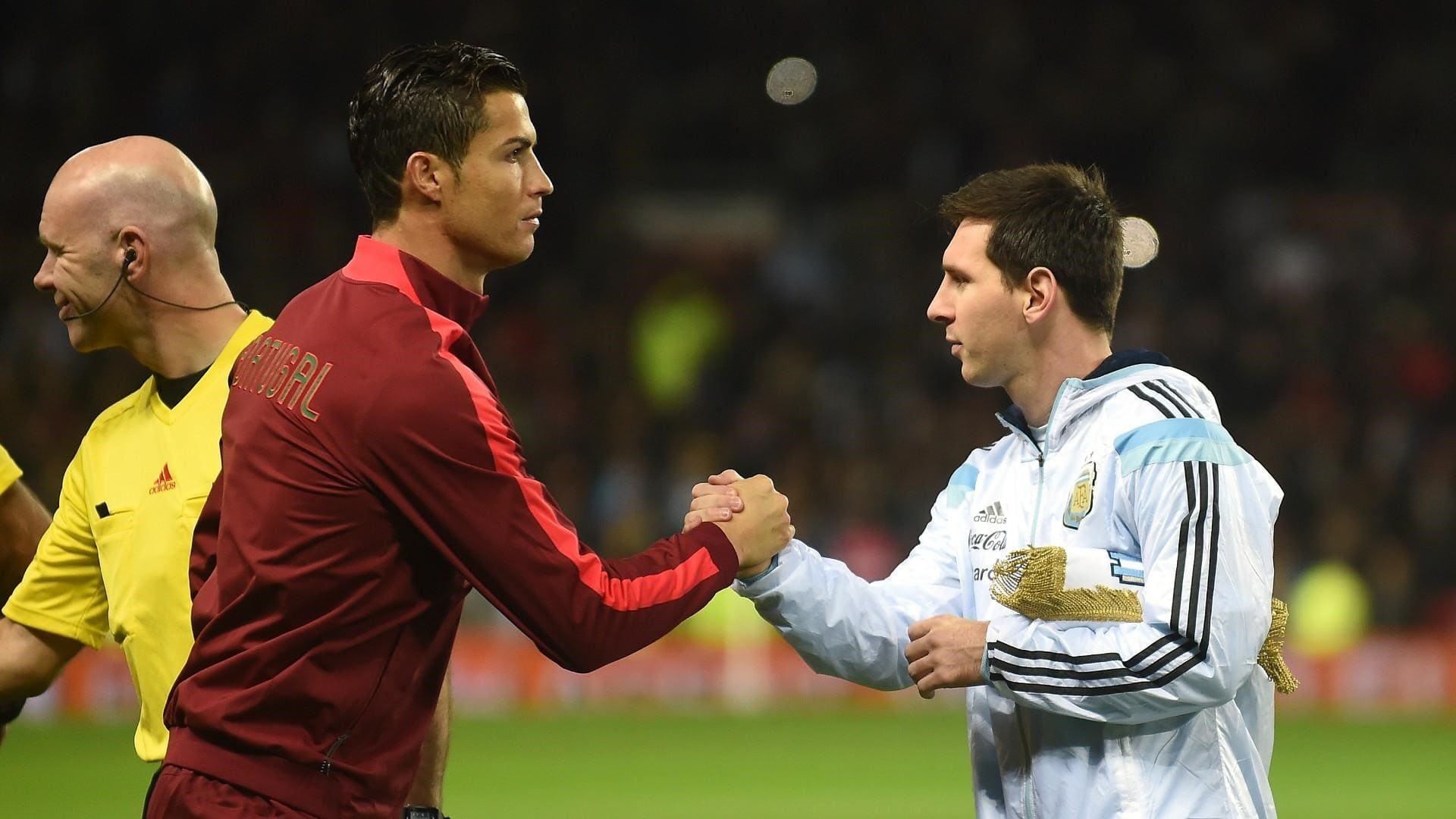 It is not until now that people talk about signs of farewell, everything appeared a few years ago at the 2018 World Cup in Russia. There, despite continuing to play the role of carrying the two national teams of Argentina and Portugal, despite still having class performances, Messi was the confrontation with Nigeria in the group stage and Ronaldo was the confrontation with Spain. But in the end, both teams that these stars represented had to stop early in the knockout round. Argentina lost to France and Portugal could not beat Uruguay. Then, when returning to the club level, fluctuations also appeared for these two players. With Ronaldo, he said goodbye to Real Madrid after 9 years of association, many people think that the Spanish royal team does not need him anymore, and it seems that it is not wrong if we look at Ronaldo’s next submission. He came to Juventus and helped this team restore its heyday but then failed when he could not once go deep into Europe’s most prestigious arena at club level – the Champion Leagues. He moved to Manchester United last year but has also been instrumental in the team having one of the worst seasons in the past few years. Now, the question marks about Ronaldo’s out-of-time did not make people wonder too much, and all had to partly believe it was truly a cruel truth.

As for Messi, now that he is no longer in Barcelona, ​​the Catalan team has had to get used to a life without Messi and despite the difficulties, they have gradually gotten used to it. Messi moved to PSG last summer, where he was no longer the number-one star and the most powerful king. He must share that position with the most expensive contract in the history of the French team, Neymar, and with the French treasure Mbappe. Of course, the value that Messi contributes to PSG is more than Ronaldo, but it should be, firstly, he is 2 years younger than Ronaldo, second, even if Messi has contributed a lot, the greatest value is that PSG wants him to bring the prestigious championship trophy, but Messi can’t do it. Because everyone understands that if they only need to win Ligue 1, the PSG executive board does not need to spend a huge amount of money to get Messi to do anything.

That said, since the last World Cup, both Messi and Ronaldo have had to go through setbacks in their careers, setbacks that they have to accept and try to adapt to. This season, everything is favorable for Messi when he is playing very well with PSG on all fronts and the influence of the Argentine star is also very large. He is showing that he is not coming to France to retire, but to continue writing miracles. But with Ronaldo it is more difficult, under Erik Ten Hag, the new coach of MU wants to build a new team that is young, and dynamic, and there, Ronaldo is like a superfluous person. He tried and worked hard but so far, one has to admit, the best Ronaldo has fallen behind. 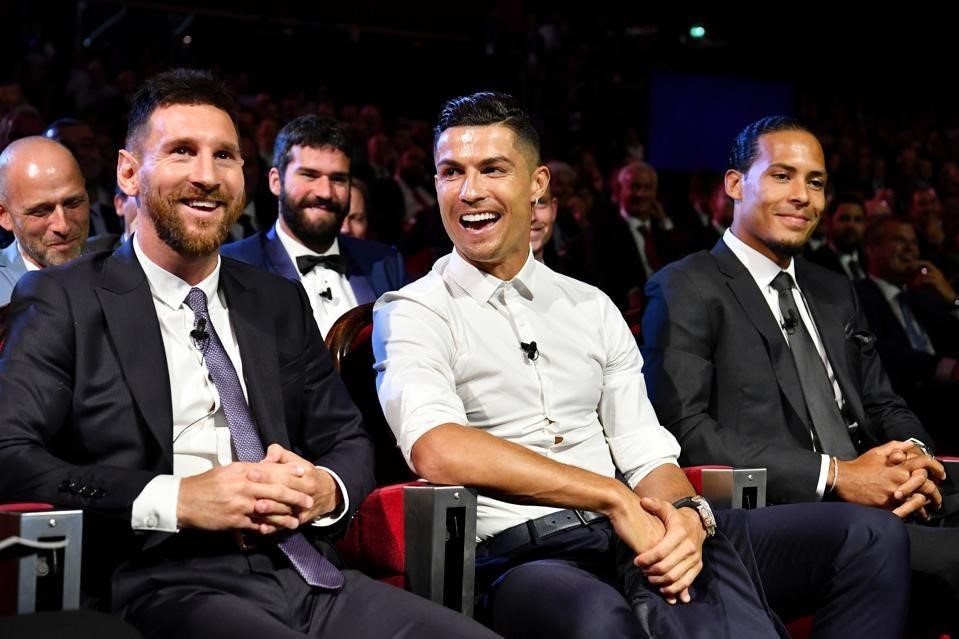 At this year’s World Cup, Ronaldo is 37 years old and Messi has reached the age of 35. That’s the age when people think this will be their last World Cup, because of course, four years later, it’s hard to believe that old man Ronaldo at 41 and Messi at 39 can still play in their best state and form. Because of all of that, people are looking forward to a happy and satisfying ending, which of course can’t be for both of these guys, but it would be great if it’s a happy ending for either of these two players. Because it is a worthy compensation for the dedication and bad luck that Ronaldo and Messi have received with their national team, for the sacrifices they have endured, and for what they deserve. In 2016, Ronaldo enjoyed the joy of winning the Euro title with the Portuguese team, but it was an incomplete tournament when Ronaldo was injured right in the final, and he could not play in that match all the time. In 2021, Messi and his team won the Copa America after too many missed appointments with it, but that is certainly not the final peak that the Argentine star wants to aim for, because in South America There are only more than 10 national teams, while the World Cup is the arena of the whole world.

The Portuguese and Argentina teams are also gaining strength and quality compared to previous World Cups, with Portugal, they have the world’s best-attacking stars and that’s all very young people. Bruno Fernandes and Bernardo Silva are very quality defenders of Ronaldo and they also understand the Portuguese star’s play. And in defense, Portugal still has the old bodyguard Pepe. Looking to Argentina, coach Scaloni is turning Argentina into a more solid, pragmatic, and sure team. They not only have the creativity of Messi, the improvisation of Dybala, and the technique of Di Maria but also the certainty of the defense. A surprising pragmatism of a team that has so far not been appreciated in the ability to defend. Scaloni has turned Argentina into a complete team. And more importantly, Messi is still the brightest star in that comprehensiveness.

In the last FIFA World Cup 2022  of Messi and Ronaldo, although all hoped for a good ending to come to them, football has no place for pre-arrangements. In this tournament, it is entirely possible that the champion will not be Ronaldo or Messi, but that doesn’t matter, because what the fans want to see is that they are still on the field.