The Playtech gaming supplier is sometimes referred to as a one-stop shop for the world’s largest online casinos. The company has been in the gambling industry for over two decades and has grown to become a famous leader in casino software development.

In this article, we’ll delve further into this provider’s game collection, as well as spotlight some remarkable Playtech titles. There are also various wonderful features incorporated with Playtech game software, and we’ll go through the most notable and popular ones. 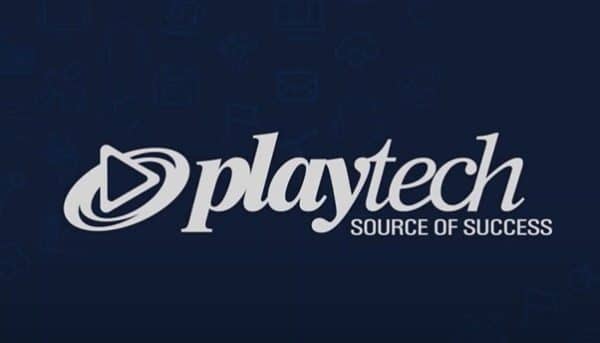 Playtech is the biggest casino software provider in the world, with a history dating back to 1999. Since then, they have created over 700 distinct slot, table, and live dealer casino game titles. Playtech operates on a global scale and holds 30 licenses from regulated jurisdictions. In reality, the company owns 170 different gambling-related licenses from throughout the world. The provider is traded on the London Stock Exchange and has offices in 24 countries around the world, employing 6,400 people.

Their online portfolio is always being updated with casino, poker, bingo, sports betting, live gaming, and a variety of other games that are always preferred among online casino players. Playtech is a software firm which is not only licensed and regulated, but also one that is at the forefront of inventing new technologies and pushing the limits of casino gaming.

Even in terms of responsible gambling, Playtech has excelled. The company purchased BetBuddy in 2017, an analytics platform that uses gambling behavior patterns gathered by powerful machine-learning systems to detect at-risk players and connect with them in order to avoid problems.

Playtech is now a dominating player in the iGaming business, with a workforce of several thousand workers and offices in places as diverse as Gibraltar and Israel. They also have a number of licenses, which support their legitimacy as a supplier and should provide players with peace of mind when testing out their games.

Types Of Casino Games From Playtech

You will almost certainly never run out of new Playtech games to play as a player. The company’s gaming library is quite impressive, with over 600 titles to date and more on the way. The gaming software provider strives to uphold and strengthen its reputation by offering high-end graphics and immersive animations, as well as realistic sounds, all of which combine to provide players with an authentic casino experience. Every year, it releases roughly 50 new games. 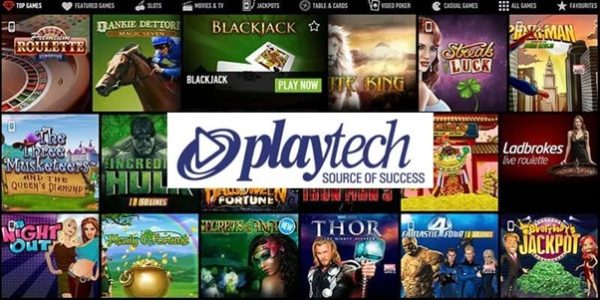 Lots of Playtech products, beginning with 2D slots, have a simple appearance but superb gameplay. With its simple three reels of billiard balls, 8 Ball Slots is an example of a modern game paying homage to the traditional design, bringing the player a vintage feel.

Recent releases have been made in 3D and include some fantastic video games. Its Batman vs Superman title, which is part of its DC Games series and has breathtaking cinematic graphics based on the 2016 film, is a perfect example of this. As with all DC games, players can enjoy some amazing extra features, and also a Super Heroes sequence where they can win one of four progressive jackpots.

Playtech’s collaboration with world-renowned movie and entertainment brands such as MGM, HBO, Marvel, and NBC Universal sets them apart from the competition. So you’ll find iconic games like Ace Ventura Pet Detective, Top Gun, The Mummy, Gladiator, and many more while browsing any of Playtech’s casinos.

If you’re seeking for progressive jackpots, games like Mega Ball and Gold Rally will do the trick. Gold Rally, for example, has eight paylines and an opportunity to win a life-changing jackpot if you get nine scatter symbols on the screen. Another game that gave out millions of Euros in 2012 was Beach Life. 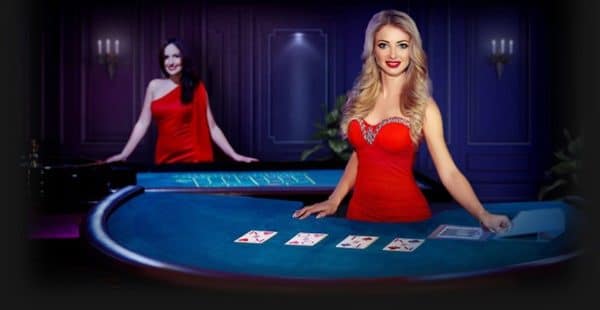 Classic table games are an essential component of any casino experience. Table games from Playtech include popular casino games like Baccara, Craps, Roulette, Blackjack and Caribbean Stud Poker. Aside from those, Playtech has also created games such as Video Poker, Online Keno and Scratch Cards.

The amount of sophistication involved in Playtech slots spans from simple games with simple graphics to graphic and animation intensive games that combine video and music clips to create a powerful ambiance surrounding the slot game. Despite their vast differences, many Playtech machines have a lot in common. Perhaps the most noticeable shared characteristic is the game’s controls. You can find that the majority of Playtech slot machines have between 15 and 25 paylines. In the games, players can also choose the number of active paylines. Instead of using coins, players can get their own wager per payline in these games. For this reason, Playtech games are among the simplest to play because you don’t have to keep track of how many coins you’ve invested. The normal line bets vary from $0.01 to $5.

Some of the unique characteristics may be found in a variety of Playtech games, but each one offers enough variety to keep things interesting. Wild and scatter symbols are frequent in Playtech games, and most of them include free spins and second-screen extra features.

Plenty of Playtech’s games have become legends among casino players, and some of the most well-known are: 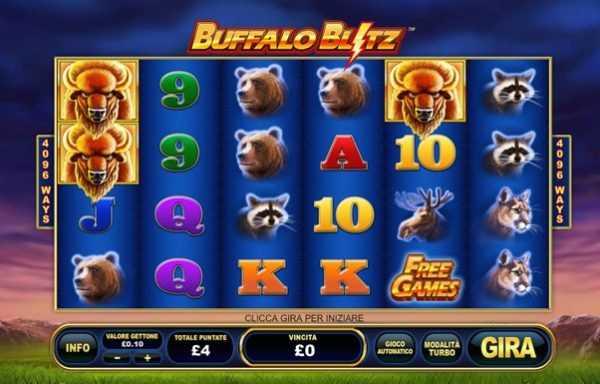 Buffalo Blitz is a 6×4 video slot with 4,096 paylines that takes players on a tour across the North American plains filled with intriguing symbols and win combos. The game contains Wild and Scatter symbols, which open a multitude of extra rounds, including the Free Spins bonus round, which awards up to 200 free spins with random multipliers. The maximum payoff is worth 10,000x your bet, and with an RTP of 95.96 %, you should anticipate to win frequently.

Epic Ape is a slot game that casts each player in the position of Tarzan and allows them to explore the depths of rainforests and jungles in a stunningly designed environment. The game has six reels and four rows of symbols, with a total of 200 different chances to win. With a 95.96 % RTP and medium volatility, such triumphs would be easier to come by.

Furthermore, you can expect a number of bonus features, such as the Free Spins bonus, which enables you to win up to 100 free games with six scatters symbols. There’s even a Random Multiplier feature that can boost your free spins winnings by up to 5x.

Age of the Gods 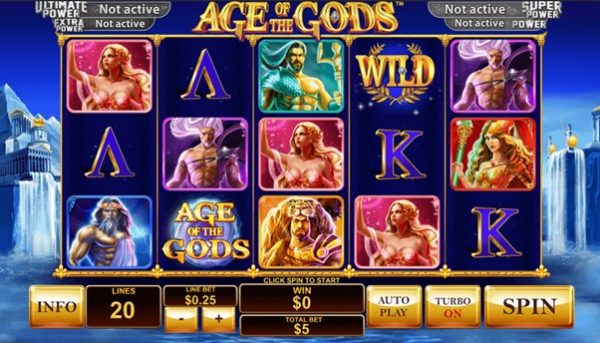 Age of the Gods is a recognisable name in the world of online slots and one of Playtech’s most best-known titles. This progressive jackpot slot is based on Greek mythology and features 5 reels, 3 rows of symbols, and 20 paylines. When three or more Scatter symbols appear on a payline, the game’s main bonus round is triggered, awarding at least nine free spins and a 10x multiplier. There are four progressive jackpots that are activated at random and can award millions of dollars. The RTP is 95.02 %, which is slightly lower than the industry norm, however this is mainly to the progressive jackpots.

Playtech’s Gladiator Jackpot slot game is based on the same-named film starring Russel Crowe and Joaqin Phoenix. On a 5×3 playing grid with 25 paylines that let you form enormous wins, the story of General Maximus is revealed. You can win a pick-me-up bonus as well as a progressive jackpot bonus round in the game, where you can win a large progressive jackpot worth millions of dollars. This game has an RTP of 91.46 %. 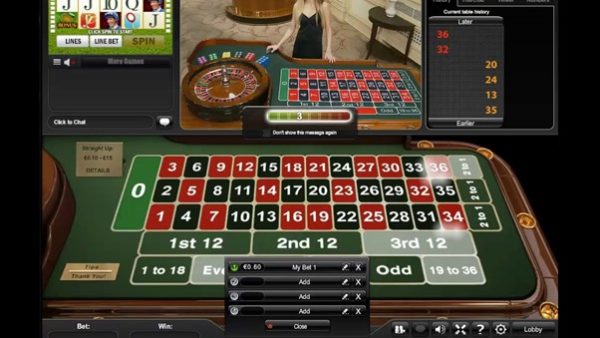 The Premium Blackjack version of this legendary casino table game is proof that Playtech’s slots aren’t the only ones that are popular with punters. It has a minimal house edge, a wide choice of side bets like 21+3, and a unique payout system for numerous pair combinations. The betting limits are also quite substantial, which means it has a lot of potential for attracting a broad range of players.

Playtech was also one of the first businesses to identify the changing demands of players who were increasingly accessing online casinos via their mobile phones. While they were not the first, they are nonetheless among the earliest and the best on the market.

Playtech mobile casinos provide the enormous versatility of an open platform thanks to their Mobile Hub System. It allows gamers to smoothly mix and match any mobile gaming software. Playtech has a vast library of mobile casino games that are widely regarded as the best in the business and are developed using HTML5, allowing them to be played on virtually any device.

Playtech has gaming licenses from top-tier gaming jurisdictions including the UKGC and MGA, ensuring that the RNG software that powers Playtech’s games is fair and the outcomes are really random. Playtech has earned the trust of both gamers and casino operators because of its many licenses and years of industry success.

Playtech offers lucrative bonuses to both players and casinos. Playtech-powered casinos and online casinos that trust and employ the company’s products and services provide bonuses and complementary promotions.

Playtech is known for its opulent promos, hefty bonuses, and generous incentives. In a broader sense, the corporation acts as a bonus to online casino players by supplying a superior gaming experience and an incredible selection of games, as well as a lot of promotions and bonuses such as deposit bonuses, welcome bonuses, free spins, and special bonuses.

When it comes to providing an exciting and exhilarating online casino gaming experience, Playtech reigns supreme. Their domination and dependability in the casino sector may be attributed to their devotion to offering high-quality products and services, providing exceptional customer service, and forming relationships with other gaming behemoths.

They have countless licenses demonstrating their reliability, as well as a large selection of games and titles available on a number of platforms. Their accolades, honors, and certifications attest to their contributions to the industry during the last two decades. They appear to be the leaders in the online software gaming market for another twenty years, based on their current levels of service and success.

For further information, see the commonly asked questions part below.

Does Playtech Have Its Own Casinos?

No, Playtech does not operate any casinos, but it has partnered with a number of leading online casinos to give their top-notch games to players all over the world.

Which Playtech Slot Has The Biggest RTP?

The RTP of Playtech slots like Ugga Bugga, Goblin’s Cave,  andOcean Princess is over 99 %.

Are Playtech Slots Better For Experienced Or Novice Players?

They are appropriate for both newcomers and seasoned gamers. You can play Playtech slots games in a demo mode for practice or in a normal version for real money, depending on which Playtech casino you visit. In addition, certain slots have minimal betting limits, making them ideal for first-time gamers. Higher-stakes gamers can also find more suited Playtech games, like the Tropic Reels slot, which has a maximum bet of £1500.

Playtech Games Are Available In Which Countries?

Due to particular rules and legislations, Playtech is unable to offer games in all countries. Australia, Germany,  the United Kingdom and Canada are just a handful of countries where Playtech casinos can be found. Playtech, on the other hand, is not available in Israel, Hong Kong, or the United States.

How Does Playtech Compare To Other Software Developers?

Their catalogue is huge, and they are one of the most well-known names in the online gaming industry. They’re unique in that they generate new versions of popular games on a regular basis, always improving and refining them.