Five talking points from the first round of the Premier League

The three London-based Big Six representatives have all won their first Premier League matches. However, Chelsea, Arsenal, and Tottenham all handled the three points differently, going from convincing to dubious. 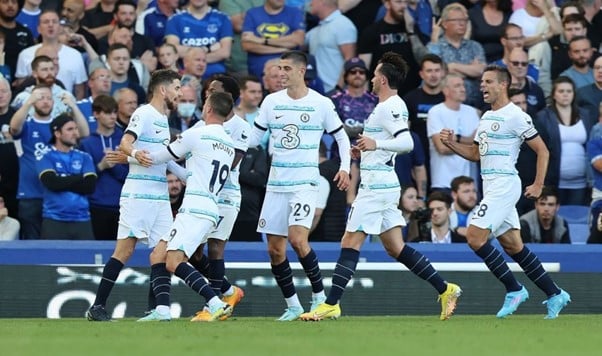 To leave Goodison Park against Everton with all three points, Chelsea needed a Jorginho penalty. On the day they ran into their former manager Frank Lampard, The Blues continued to take the initiative, but there was a period when Everton came dangerously close to springing a surprise in the first round despite the injury to their primary striker Dominic Calvert-Lewin.

Even though it was not in its original form and had to scramble to put together the most complete and effective team, the Pensioners nonetheless competed at its innate level to win. It was Chelsea’s rookies who stole the show in the first round.

In defense, Kalidou Koulibaly’s performance reduced the blue shirt supporters’ longing for Antonio Rudiger. In the first half, the Senegal center-back played with the poise of someone who had quickly acclimated to the Premier League at home. Raheem Sterling, a 27-year-old striker, energized the assault and nearly scored on his own goal but was denied by an Everton defender due to an offside scenario.

Marc Cucurella, who joined Chelsea less than 24 hours earlier for a reported sum of £ 62.5 million, made his debut there to a lesser extent. Even though the defender hadn’t had a chance to practice with his new teammates, he still managed to make the ideal pass for Sterling to find a scoring opportunity in the dying minutes of the game.

Tottenham defeated Southampton 4-1 a few hours before Chelsea’s game, and the victory served as a resounding affirmation of Antonio Conte’s teachers’ and students’ aspirations. The presence of rookies for Chelsea and Tottenham stands up clearly. There wouldn’t have been a single Tottenham rookie in the starting lineup if Chelsea had played Koulibaly and Sterling right away and Cucurella had entered the match as a substitute in the 75th minute.

Ivan Perisic, Clement Lenglet, and Yves Bissouma were handed opportunities in the second half after starting the game on the bench with the other five of Conte’s six rookies. Richarlison, the final rookie for Tottenham, can’t play due to a suspension from last season while wearing an Everton kit.

Coach Conte wants to be clear with the rookies: “The team he had last season is still very helpful, and these six rookies need to work hard to win the chance to start, instead of receiving any benefits from this Italian manager.”

“My message is clear: I believe in the players who have accompanied me while the rookies need to continue to work hard and gather expertise,” he said in the press room following the win over Southampton.

It’s not an exaggeration at all to say that Coach Conte enjoys a familiar operating system and is prepared to switch things up when Tottenham has to stretch its legs in the Champions League this year.

After a time of preparation, it is seen as incredibly successful that Arsenal, the first team to play, has not decreased their goals this season when they take on Crystal Palace on Friday night. The final score of 2-0 does not appear to accurately represent the abilities of boss Arteta and his team this season. Arsenal employs Gabriel Jesus and Oleksandr Zinchenko, two of the most notable recruits during this summer’s transfer window, in a slightly different manner than Chelsea and Tottenham.

Gabriel Jesus’ shooting ability fell short of expectations, but Zinchenko had a strong debut encounter. The first-half ball-handler was the Ukrainian defender, and it was he who helped Gabriel Martinelli score the opening goal by assisting him. On the left wing, where coach Arteta is dissatisfied with Tavares’ delayed development or Kieran Tierney’s injury-enforced absence, Zinchenko is expected to make the difference.

The three London teams’ wins in the first round provide indications that will be worth watching in the next rounds. This Sunday’s London derby between Chelsea and Tottenham will take place close by, and Arsenal will play host to Leicester which is determined to rebound. 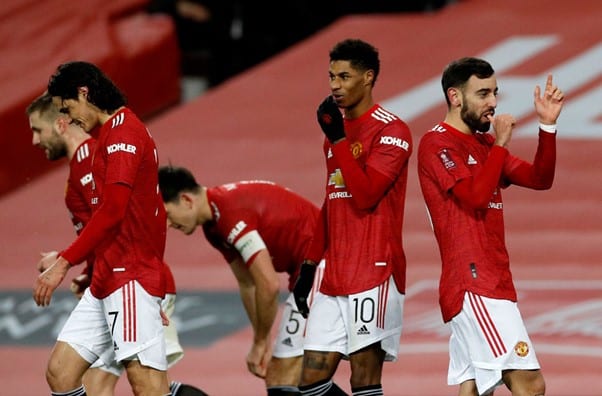 Man United and Liverpool did not succeed in the Big Six. But Man United is perhaps the most disappointing. They enjoyed a good summer, but playing in the Premier League is unquestionably quite different from playing in friendly games. When hosting Brighton at Old Trafford in the summer of 2022, Man United had virtually no advantage over them due to the departures of Bissouma and Cucurella. Once more, Man United’s defense exposed itself as a weakness when they let Brighton press and score with ease.

Players like Dalot, McTominay, or Fred Rashford demonstrate that they are unworthy of membership in the Man United team. Fans, meanwhile, remarked on the optimism displayed by rookies like Eriksen, Lisandro Martinez, and Ronaldo. Notably, according to OptaJoe, Erik Ten Hag just became the first MU coach to drop his first Premier League match since Louis Van Gaal’s case eight years ago when this club fell 1-2 to Swansea City in January. 14 August. Of course, Ten Hag must come back soon.

Ten Hag’s motivation saw a noticeable shift, but the outcomes remained the same. This team will struggle to compete for a top-4 spot, let alone dream of winning the Premier League if there is no immediate reinforcement in place in the remaining days of August.

With Fulham being a rookie, Liverpool will have a truly “horror” 90 minutes. Nobody anticipated the Premier League 2021/22 runner-up to play with such vigor. Even an elite center-back like Van Dijk made a mistake that resulted in an unwanted penalty for the home team.

After round 1, Mitrovic (Fulham), Pascal Gross (Brighton), and Erling Haaland (Man City) momentarily outscored each other with two goals, igniting the Premier League top scorer 2022/23. Not as impressive as anticipated are the costly rookie Darwin Nunez (Liverpool), Gabriel Jesus (Arsenal), Cristiano Ronaldo (Man United), or the duo of Harry Kane & Son Heung-min (Tottenham). The battle is expected to get even more intense in the ensuing rounds as the top strikers “heat up.”