CQ9 Gaming-The Most Successful Provider Of Slots In Asia

CQ9 Gaming Review- The Most Successful Provider Of Slots In Asia

CQ9 Gaming began as one of the most well-known online casino game developers in Asia and has since expanded its iGaming presence in both the US and European markets. This company, which is said to have been founded in 2016, has managed to impress many individuals and businesses with the quality of its products and services. In this review, we’ll take a deep dive into CQ9 Gaming and see how they rose to prominence in such a short period of time! 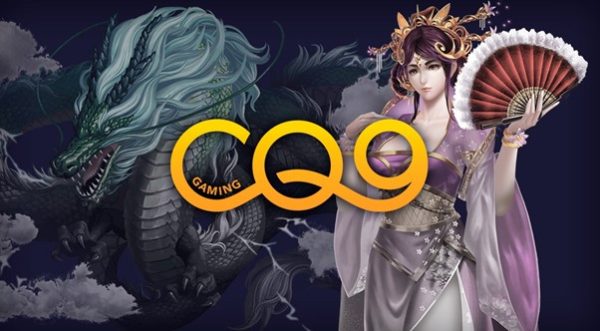 CQ9 was launched in 2016 and specializes in slot machines and fishing games. Its solutions are currently available on over 5,000 different websites all around the world, and the company is still developing.

You may not be familiar with CQ9 at this point, but here are some interesting facts about the company and the games it creates:

The company’s headquarters are in Taipei, Taiwan’s capital.

The brand employs over 200 people, including graphic artists, game designers, mathematicians & software engineers. This figure is comparable to those employed by major industry names such as Microgaming and NetEnt.

CQ9 is responsible for the arcade games Mr Bean and Jungle Party, demonstrating that the firm is not limited to the Asian theme, despite the fact that this is its core focus.

CQ9 made an appearance at the ICE Gaming event in London in 2019 — an industry-leading convention that confers additional status to its attendees – as evidence that the company was gaining traction in the iGaming market. The CQ9’s cooperation with B2B software supplier EyeMotion — a company with a presence in both the UK and the US – underscored the company’s global ambition.

CQ9 is known for its high-volatility slots, which are popular with high-rollers and gamers that prefer to play for greater sums. This is related to its Asian roots, as well as the fact that many of its early participants wanted big profits.

The Themes Of CQ9 Products

The developer is known for making a diverse and interesting range of games, frequently with unique themes and features. The games, in most cases, take direct inspiration from Asian culture, such as star signs, folk stories, ancient heroes, mythological characters, and so on…

Still, if you prefer western-themed games, you’ll be pleased to learn that soccer, Sherlock Holmes, Greek Gods, and Cleopatra are among the key inspirations for some of the games. When you consider everything, it’s easy to see how these men might have generated nearly a hundred titles in less than three years. Sure, not all of them are of equal quality, as there will always be some duds, but you will have a hard time finding any awful games in their library.

It’s wonderful to know that CQ9 Gaming isn’t scared to take a tired premise and turn it into something new and fascinating, so don’t be surprised if you see some card games and old school titles in their portfolio.

As is customary, the majority of casino games are slots, but there are also a few table games and a few unusual “arcade-style” diversions. The popular “fishing genre” is the last but not least of the gaming genres.

Overall, there are 160 slots available, with a variety of layouts and extra features. They’re divided into three groups: Jump Series, God Series and Chinese Style. Although all slots are fully functional on mobile devices, some will feature a “portrait design” for a better experience on a smartphone, for example. 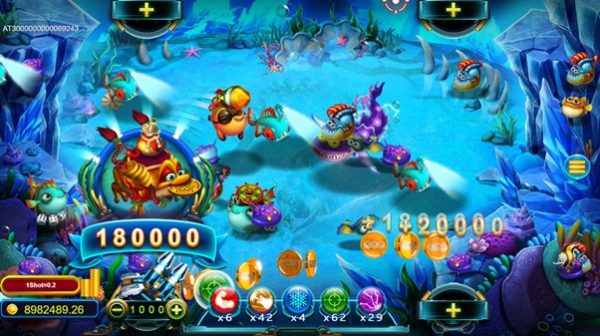 There are six distinct fishing game titles, each of which offers not only thrilling gambling action but also a range of rewards. The “Paradise Leviathan” series and “Thunder Fighter” appear to be the most popular fishing games on CQ9. These fishing games are not only entertaining and addictive, but they also have a multiplayer feature that can accommodate up to four people at once. There are a number of fish that, when destroyed, offer a victory, with the multiplied rate defined by the type of fish. From x2 to x360, the prizes can be doubled (for Boss fish).

Dragon Pachinko, Golden Kick, Mr. Bean, and Jungle Party are the four arcade games available. While the first game on the list has already been discussed, the remaining games offer a completely unique gambling experience. Golden Kick is a penalty kick game in which players wager on one of the five corners they will shoot the ball at. If the shot is successful, the player will receive a multiplier. “Mr. Bean” is a fresh take on the classic Pac Man series, where players can bet on when the iconic yellow character will escape. “Jungle Party” is a lottery wheel game with animal symbols, colors, and multipliers as betting options.

Many players in the Asian market seek extra features in their slots, and CQ9 likes to provide a diversity in many of its titles. They aren’t the most innovative features, but they may bring a lot of fun and excitement to the games. The following are some of the most common characteristics found in CQ9 slots: 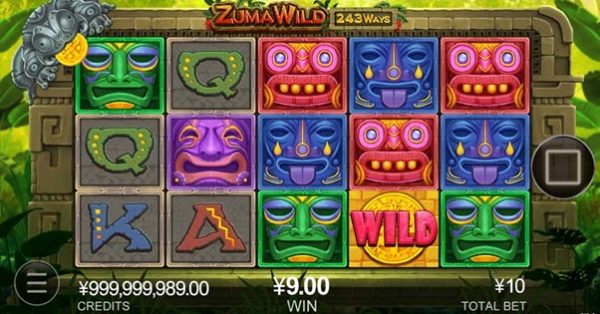 Wild stacks, like those seen in the Zuma Wild slot, can substitute for other icons in the same way that ordinary wilds can. The difference is that these symbols are staked rather than taking up a single reel slot, which raises the chances of your wilds contributing to matching combinations significantly.

Expanding symbols, which can take over entire reels in a game, can be seen in a number of games, namely CQ9’s Apollo slot.

These are symbols that can be used to help create wins by substituting for other icons and multiplying the payout. They can be found in various CQ9 slots, such as  Wonderland, Burning Xi-You and Piggy Farm.

These are sometimes known as pick ’em bonuses, and they entail you making decisions that can either increase your wins, determine the game’s next move, such as in the Dragon Boat slot, or stop the feature.

CQ9 Gaming’s game catalog contains a wide assortment of slot, arcade, fishing, and table games with predominantly Asian themes. The games are separated into many series, including Jump Series, God Series Games, Chinese Style Games Series, all of which are based on famous Asian and European deities. Here are some of CQ9 Gaming’s most popular games to date: 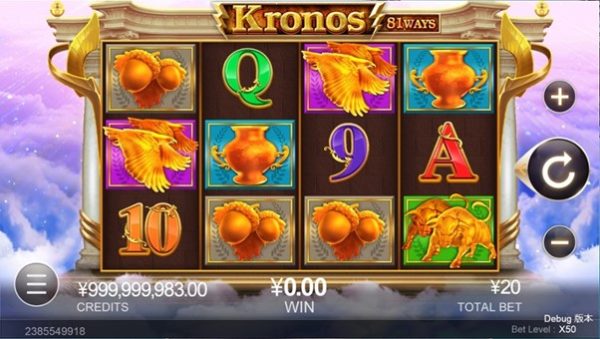 Kronos is a CQ9 Gaming 4-reel slot game that transports you to Ancient Greece and the battle between the titan Kronos and his sons Zeus, Hades, and Poseidon. Three rows of symbols showing ancient artefacts appear on the reels of this slot game, which combine to produce winning combinations over 81 paylines. There are also Wild and Scatter symbols, which can trigger up to 12 retriggerable free spins, with a maximum of 100 free spins.

The phoenix bird, turtle, and other Asian symbols of good fortune and prosperity present in Red Phoenix, a 5-reel slot game with 50 paylines. Players will be able to unlock a variety of advanced features, like free spins with up to 100x multipliers, wild reels, and more.

1945 is a slot game with a 53-by-1024-payline playing grid that brings players back in time to the Second World War. This war-inspired slot contains everything you could want in a slot: the thrill of spinning reels, large payouts of up to 2,500x your stake, added features including free spins and multipliers, and more. 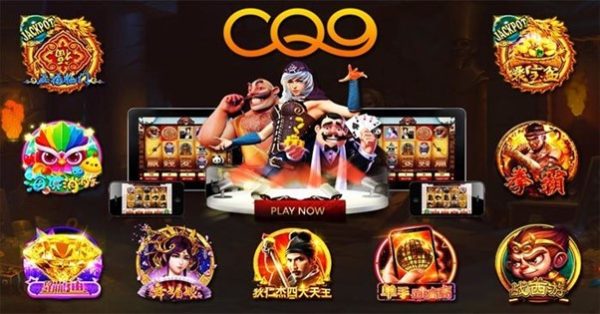 CQ9 Gaming is a mobile casino software supplier, with all of their games being mobile-friendly and designed using HTML5 technology. You can discover the  whole game catalog from CQ9 on your smartphone or tablet, regardless of the device’s operating system, as both Android and iOS are supported. The scalability of CQ9 Gaming’s software allows mobile users to enjoy stunning visuals and game mechanics on any screen size in landscape or portrait mode.

Although the games will run in most browsers, we conducted an in-depth examination of all accessible browsers and found that the smoothest gameplay experience is obtained when using the Google Chrome application.

Certificates And Licenses Of CQ9

Although there is no evidence that this developer holds any of the standard iGaming licenses, this does not rule out the possibility that the company’s software is legitimate. In reality, Gaming Laboratories International (GLI) has inspected, tested, and analyzed all of CQ9’s gaming software for fairness and security.

How To Choose The Best CQ9 Gaming Casinos

You should put a huge number of online casinos that offer CQ9 Gaming games through your paces. Only access casinos after thoroughly vetting them in the areas below and verifying that they meet those stringent requirements: 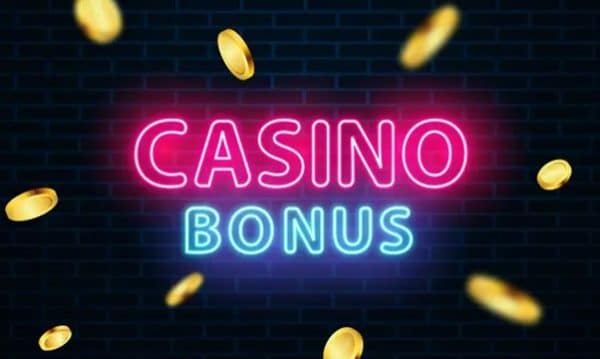 Apart from numerous in-game bonus features supplied by CQ9 Gaming, such as free spins, enlarged reels, multipliers, and other similar features, many of their games are prominently featured in casino welcome bonuses for new players. CQ9 Gaming’s slots and other games will be offered to new and existing online casino players, with free spins and bonus cash provided by casinos.

CQ9 Gaming has a promising future ahead of it. In less than six years, they’ve produced nearly a hundred slot games and come up with some intriguing new online gambling concepts. CQ9 Gaming appears to be on their way to conquering the entire globe!

Explore the answers to frequently asked questions about CQ9 Gaming:

What Are The Advantages Of Playing CQ9 Slots?

The CQ9 team believes that people should choose its slots for a multitude of reasons, along with the fact that they are exciting to play. If you haven’t tried them yet, here’s what the firm hopes you’ll find out:

What Methods Of Deposit And Withdrawal Am I Able To Use?

The banking options available to you will vary depending on the online casino you choose and the country from which you are playing. Popular banking methods including Visa, MasterCard, and Paypal are frequently available at top online casinos.

Can I Utilize CQ9 Gaming Software On A Mac?

Yes, CQ9 Gambling creates casino gaming software in HTML5, therefore it doesn’t require any special software. Instead, you can connect to the casinos using your browser and play the games there.

How Does This Developer Measure Up To Others In The Field?

It’s clear to see why CQ9 Gaming stands out when compared to other software vendors of comparable level. Outside of Asia, CQ9’s successful cooperation with a few game aggregation systems has given them a household name among online casinos. Some may argue that CQ9 is not Asia’s leading developer, but they are unquestionably the most popular Asian developer in the world – and that fact alone puts them ahead of the pack.